Dallas was born and raised in Stirling, Alberta. In 2005, Dallas earned his Bachelor of Commerce (B.Comm.) Degree (with Distinction) from the University of Calgary. He then went on to receive his Bachelor of Laws (LL.B.) Degree from the University of Calgary in 2008. Following his graduation, Dallas articled with McCarthy Tétrault in Calgary for one year before being admitted to the Alberta Bar in July of 2009. In September of 2009, Dallas “returned home” to Lethbridge and began working as an associate lawyer at Stringam LLP, where he worked until the end of February 2021, before being recruited over to Huckvale LLP.

Dallas maintains a general law practice with an emphasis on Real Estate Transactions, Wills and Estates, Corporate/Commercial Transactions, Personal Injury, Family Law and Civil Litigation. He is very professional and dedicated to achieving great results for his clients.

Since 2014, Dallas has been an active member of BNI Key Connections, a business networking and referral organization. He also volunteers with his church and other community associations. He has coached his kids’ soccer, basketball and football teams over the years – most notably and recently, coaching atoms football for the Lethbridge Junior Rams for the last 5 years.

Additionally, in his spare time, Dallas enjoys a variety of activities, including: running, cycling, weightlifting, obstacle course racing, traveling, reading, and spending time with his wife and five children.

For the past 4 years Dallas has competed in numerous obstacle course races, including all levels of Spartan races – Sprint, Super, Beast and Ultra – earning 4 Spartan Trifectas to date. He has also competed in various 10K, half-marathon, marathon and 50K ultramarathon distance runs/races, frequently placing in the top 5 of his age category.

Clearly, Dallas is very self-motivated and enjoys overcoming obstacles and achieving success – both in his personal life and professional life. 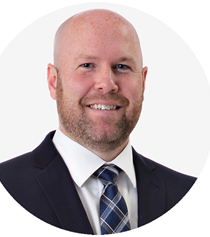